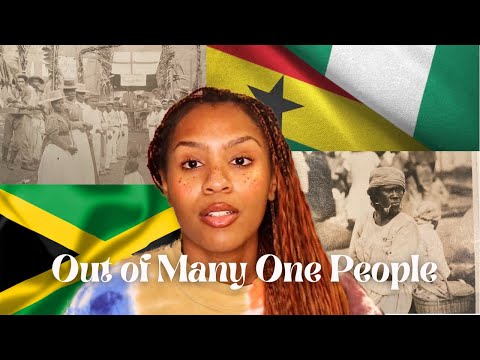 WHERE ARE JAMAICAN PEOPLE FROM? The True Origins of Jamaican People

today is all about my people, Jamaican people, and where exactly we are from originally. Our motto out of many one people is truly relevant to the Jamaican demographic and today I talk all about the depths of our super rich culture. We have so much to be proud of

remember to leave a thumbs up if you enjoyed this video! :) 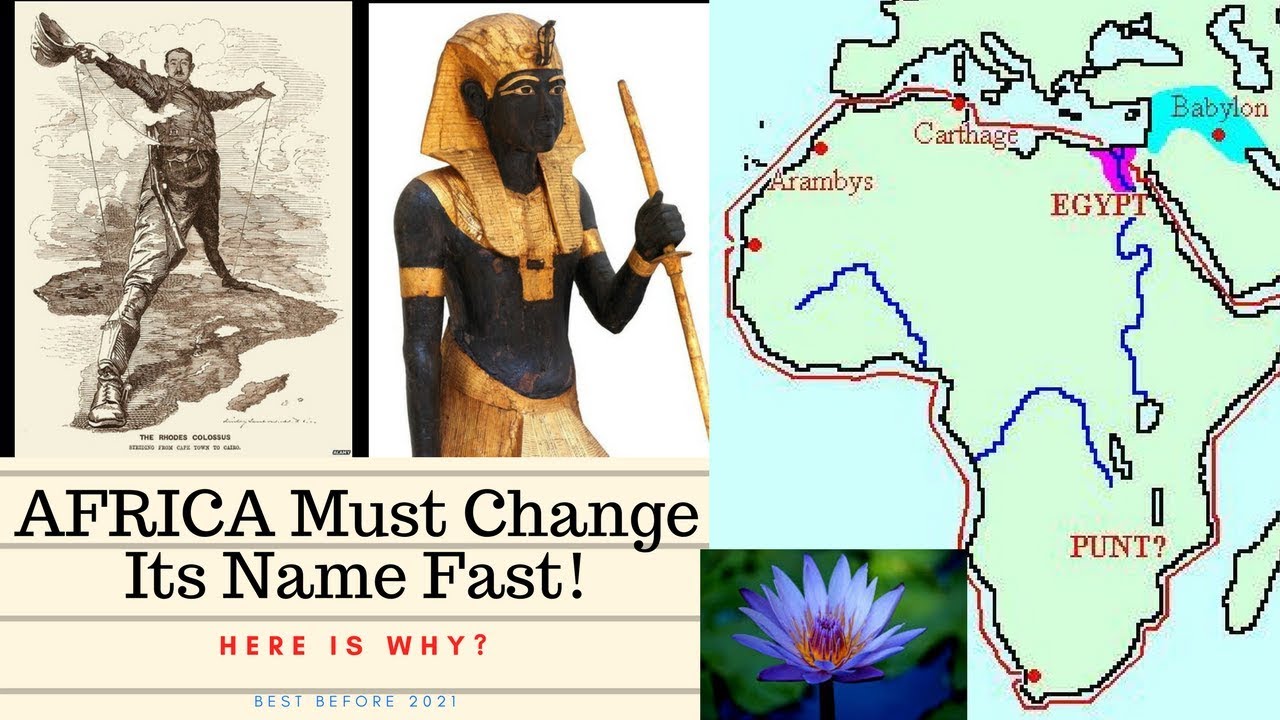 AFRICA Must Change Its Name Fast. Here Is Why!

https://www.maarifado.com
AFRICA Must Change Its Name Fast.
Here Is Why!
Khamithi Hiburu Ethics analysis concludes that the name or the term Africa as well as its pictorial presentation MUST BE Changed.
The term appears to be truly and totally adulterated, besmirched and imbued with a SPIRIT that is EVIL! On top of that, it is clear it was prearranged by foreigners.
Most African countries’ names and their sizes were drawn with full indifference to precise cultural and communal linkages.
Because of this Africa must change its name Fast.
Yesterday!
But there is more. Are You an African?
What is the Real Name for Africa?
Who gave it that name?
Does It matter?
The Maps we see Do they represent truly the size of Africa?
Does it matter?
Find out the shocking truth.
One More Thing
the one thing you have to know is that Afruika was a word, not a name, and could be applied to wherever your Ka or spirit general being was born. thus we propose a NEW OLD Name For Afrika.
Share and Subscribe 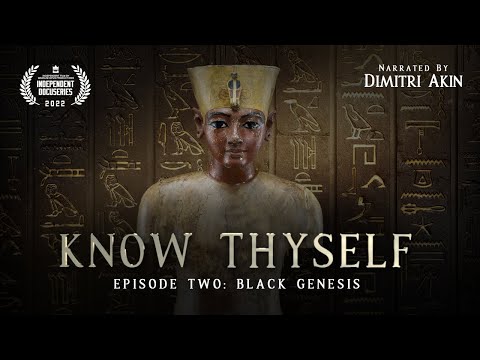 Episode Two Premieres August 11th, 2022.
In this episode we trace the origins of Nile Valley Civilization and explore some of their common roots and lineage. We also explore one of the ancient Kemites most revered creation stories.

Disclaimer: For educational purposes only 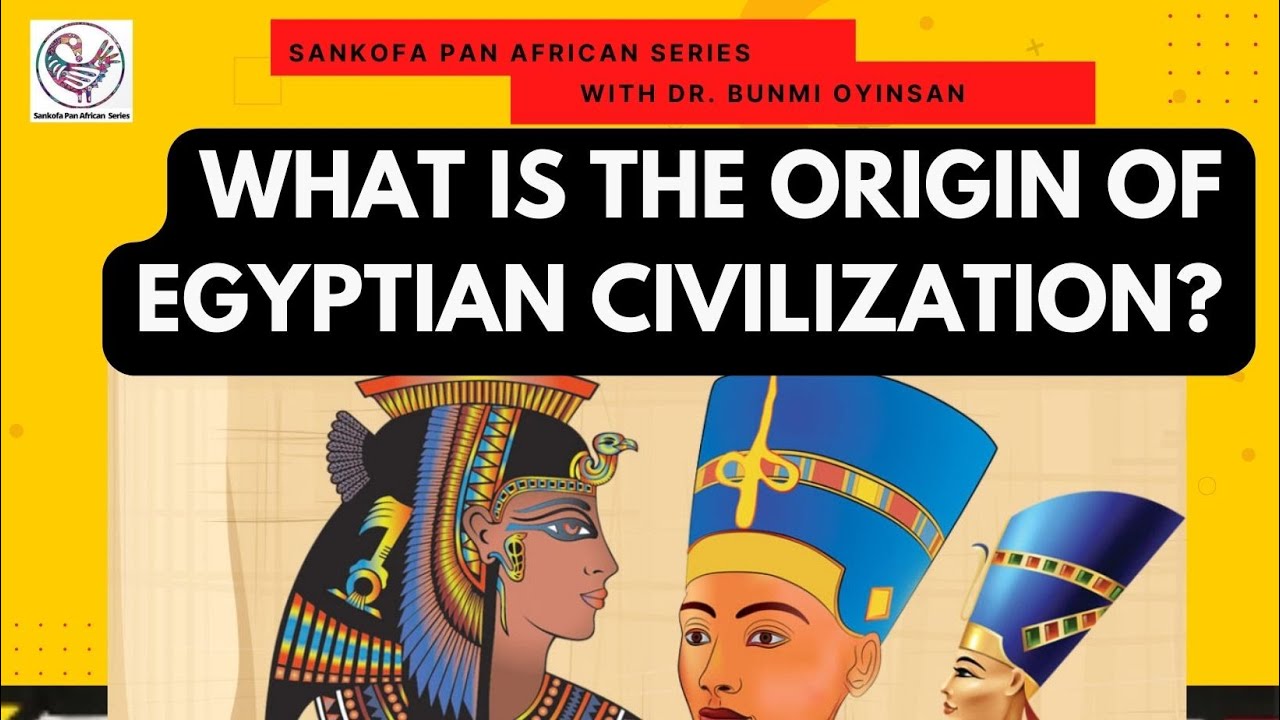 What is the origin of Egyptian civilization?

Ancient Egyptians were descended from settlers who moved to the Nile valley from sub-Saharan Africa.

Please support us via Patreon: https://www.patreon.com/sankof....apanafrica?gclid=Cj0 Buy me a Coffee:https://www.buymeacoffee.com/DrBunmiOyinsan or Join as a YouTube member: https://www.youtube.com/channe....l/UCqSyyTlZjSXfRC5iO 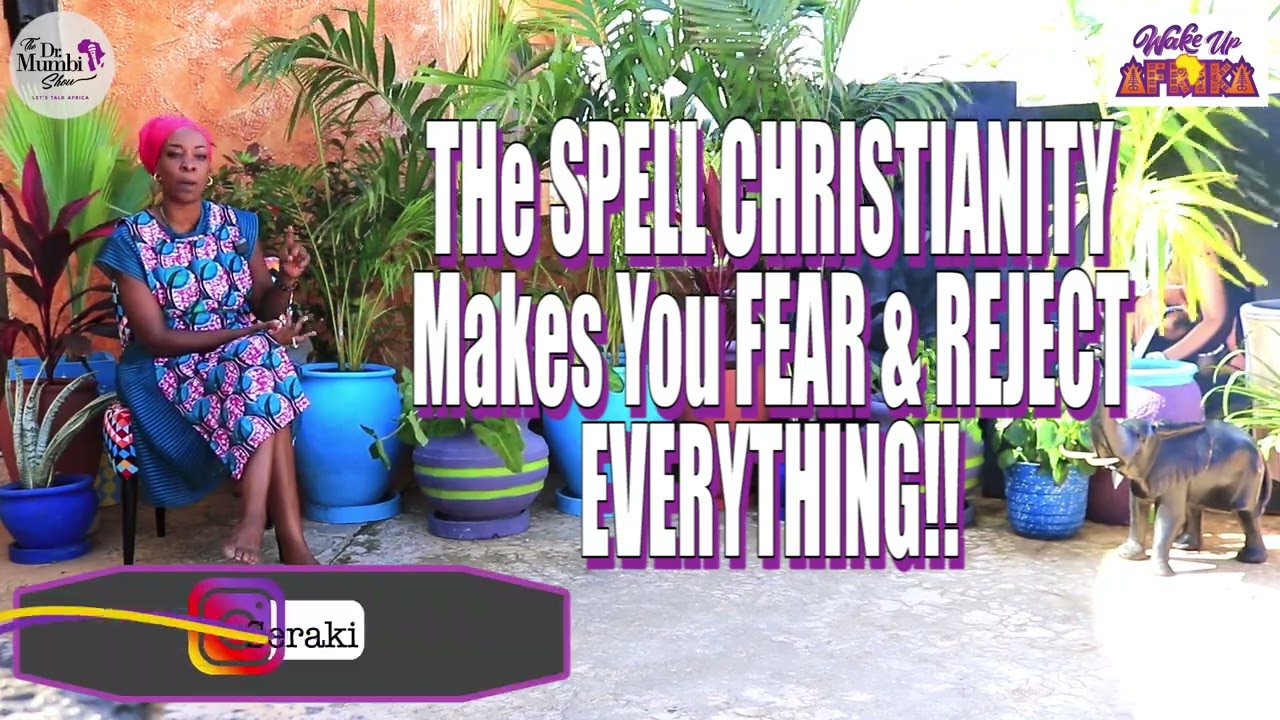 This Is What Makes the SPELL of CHRISTIANITY SO WICKED!

Please consider supporting the WAKE UP AFRICA movement in whatever way you can. Join our patreon today: https://www.patreon.com/drmumbishow or send us a love donation through PayPal:https://www.paypal.me/DrMumbiShow And be sure to share widely, the shows that we release on our YouTube platform Dr. Mumbi Spiritual Show. https://www.youtube.com/c/DrMumbisSpiritualShow

Check out our WAKE UP AFRICA Podcast: https://www.buzzsprout.com/2004278

For our Patreon supporters: We will continue to post our daily shows for our Patreon AUDIENCE and still post a book every week and other valuable information.

Anyone who sends us a love donation will received a free ebook in the mail. 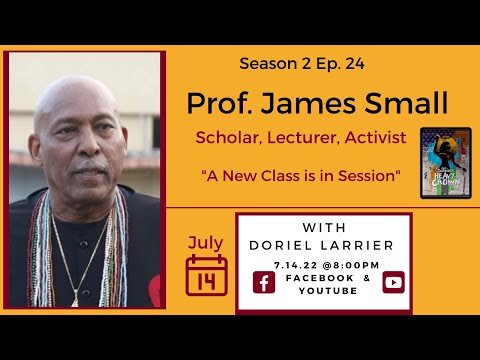 For eleven years Prof. Small served as principal bodyguard to the late Ella L. Collins, the sister of Malcolm X, the then President of the Organization of Afro-American Unity (O.A.A.U.) and was the Imam of Muslim Mosque Inc. (founded by Malcolm X). Between the years of 1966 and 1980, Prof. Small held membership in the Student Non-violent Coordinating Committee (S.N.C.C.), the N.A.A.C.P,
and O.A.A.U. During this period Prof. Small had the opportunity to interact with such historical giants as Congressman Adam Clayton Powell Jr., Kwame Ture, H. Rap Brown of S.N.C.C, Eldridge Cleaver, Zaid Shakur, and Lumumba Shakur of the Black Panther Party (B.P.P.) in which he served as a liaison between the B.P.P. and the O.A.A.U.

Much of his expertise is found in African-American history and culture, Malcolm X, African traditional religions and the love for his people. Prof. Small taught for fifteen years at the City University of New York, including thirteen years at the City College of New York's Black Studies Department where he taught courses on Pan-Africanism, Malcolm X, and on comparative African religions, which included several African spiritual systems, titled, "African Religion and Survival"; and two years at New York City Technical College teaching the course, African Folklore & Religion, both in the Diaspora and in Africa.

Prof. James Small has traveled extensively lecturing at churches, conventions, seminars, workshops, colleges, and universities, throughout the United States, the Caribbean, Africa and Europe. His informative, eye-opening and dynamic presentations have caused him to be recognized as one of the most distinguished activist scholar of our time. Prof. Small is also currently conducting online courses on African Spirituality covering the Yoruba Ifa Tradition, the Akan spiritual system, Voodou/Vodun and Ancient Egyptian sacred science. He is also
leading educational & cultural pilgrimage/tours throughout Africa, Haiti and the United States. 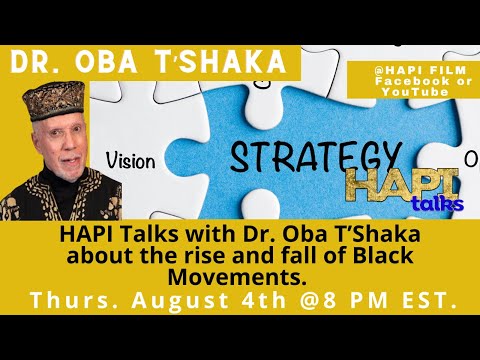 HAPI Talks with Dr. Oba T’Shaka about the rise and fall of Black Movements.

HAPI Talks with Dr. Oba T’Shaka about the rise and fall of Black Movements.

Register for the HAPI newsletter by visiting www.HAPIFILM.com

If you haven't seen the award winning documentary HAPI -- please head to our website to pick up a copy or ticket to one of our LIVE SCREENINGS on our HAPI City Tour!!!!!!! HAPIFilm.com

Please visit www.hapifilm.com to get a copy of the Groundbreaking documentary film HAPI, the ONE AFRICA: Power in Unity conference and all the latest HAPI gear. 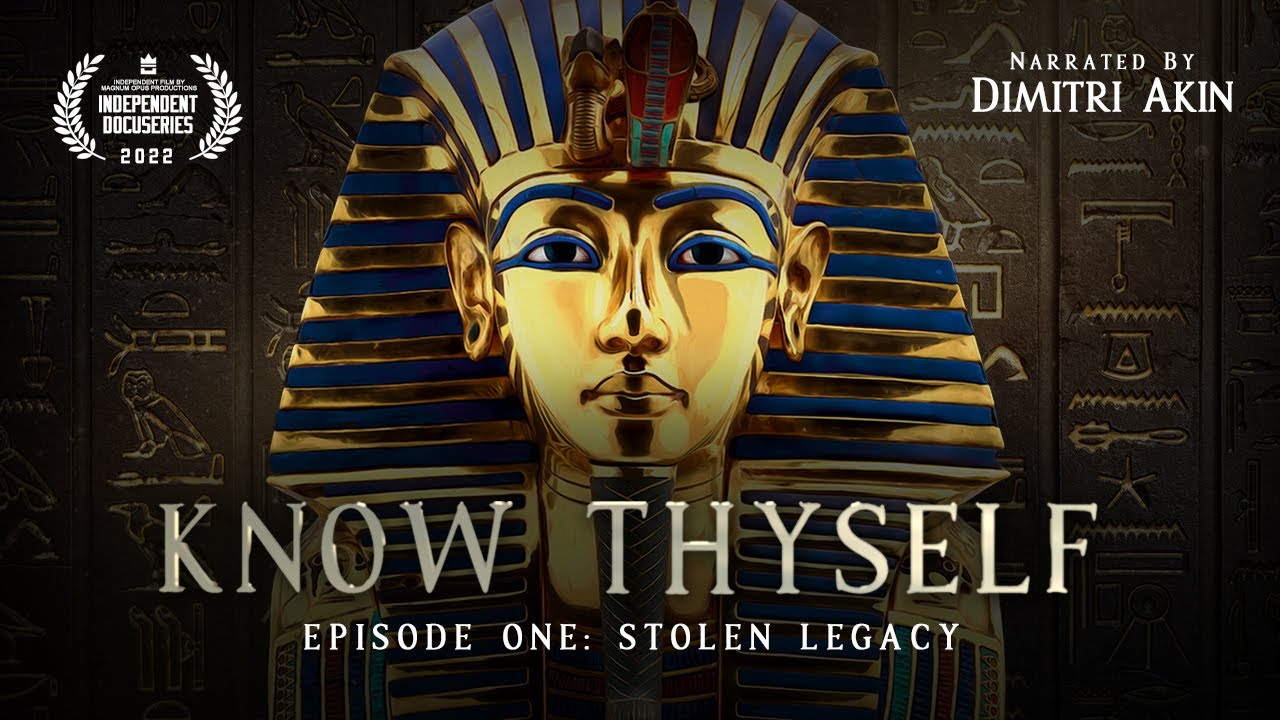 In this episode we examine concepts of race and identity in the ancient world. Join us as we dive deep into the primordial waters of antiquity to uncover a truth that has been hidden from humanity.
•
Sign up now for FREE access to episode one of the Know Thyself
Docuseries: https://www.knowthyselfinstitute.com

Disclaimer: For educational purposes only 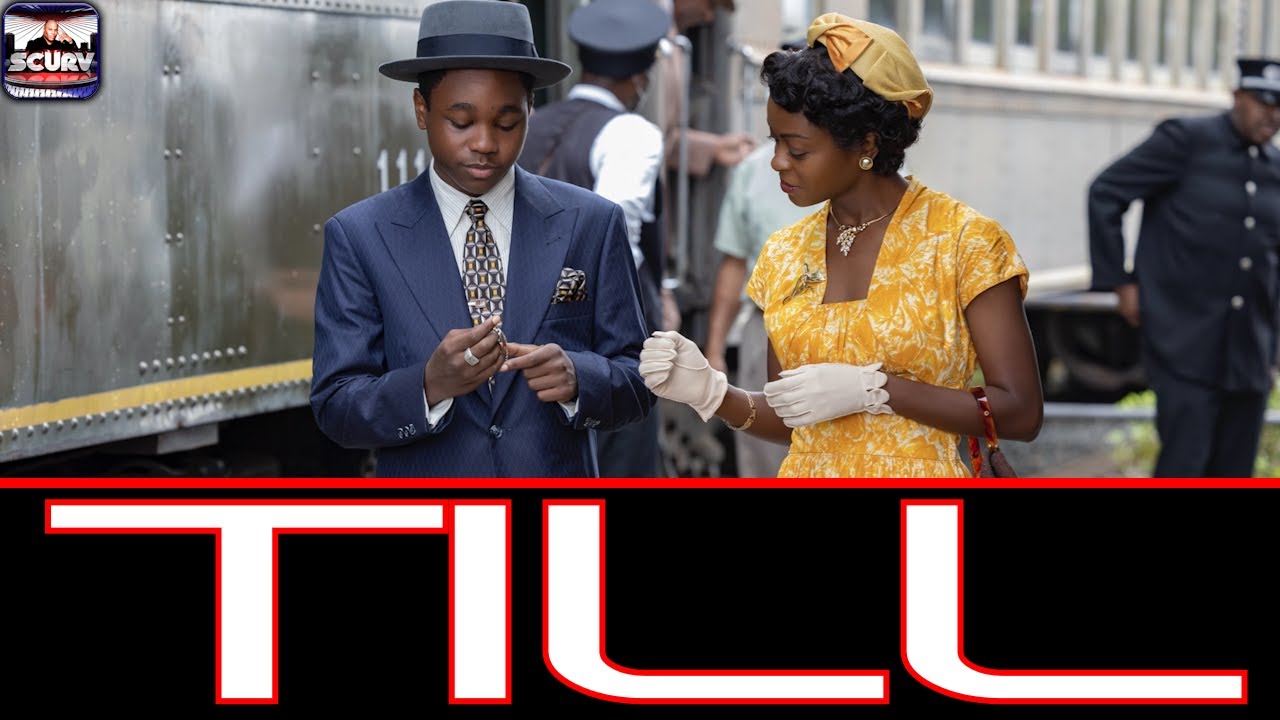 HOLLYWOOD ALLOWS MOVIES OF OUR STRUGGLE TO KEEP US EMOTIONAL & INEFFECTIVE FOR THE REVOLUTION!

ENJOY THOUSANDS OF PAST VIDEOS IN THE LANCESCURV VIDEO COLLECTION: https://www.lancescurv.com/video-collection/

SHARE YOUR STORY VIA WHATSAPP DIRECTLY TO LANCESCURV: https://www.lancescurv.com/voi....cemail-video-content

👉🏽JOIN THE LANCESCURV 24/7 CHATROOM AND CONTINUE CHATTING WITH FRIENDS PUBLICLY AND PRIVATELY: https://www.lancescurv.com/chat/ 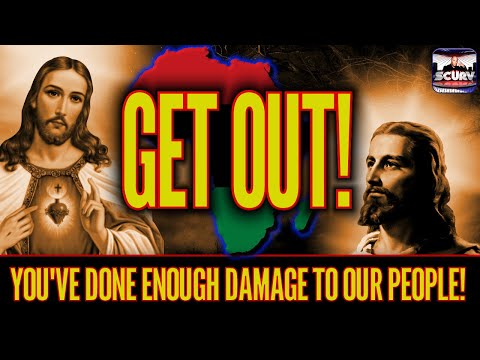 GET OUT! YOU'VE DONE ENOUGH DAMAGE TO OUR PEOPLE!

ENJOY THOUSANDS OF PAST VIDEOS IN THE LANCESCURV VIDEO COLLECTION: https://www.lancescurv.com/video-collection/

SHARE YOUR STORY VIA WHATSAPP DIRECTLY TO LANCESCURV: https://www.lancescurv.com/voi....cemail-video-content

👉🏽JOIN THE LANCESCURV 24/7 CHATROOM AND CONTINUE CHATTING WITH FRIENDS PUBLICLY AND PRIVATELY: https://www.lancescurv.com/chat/ 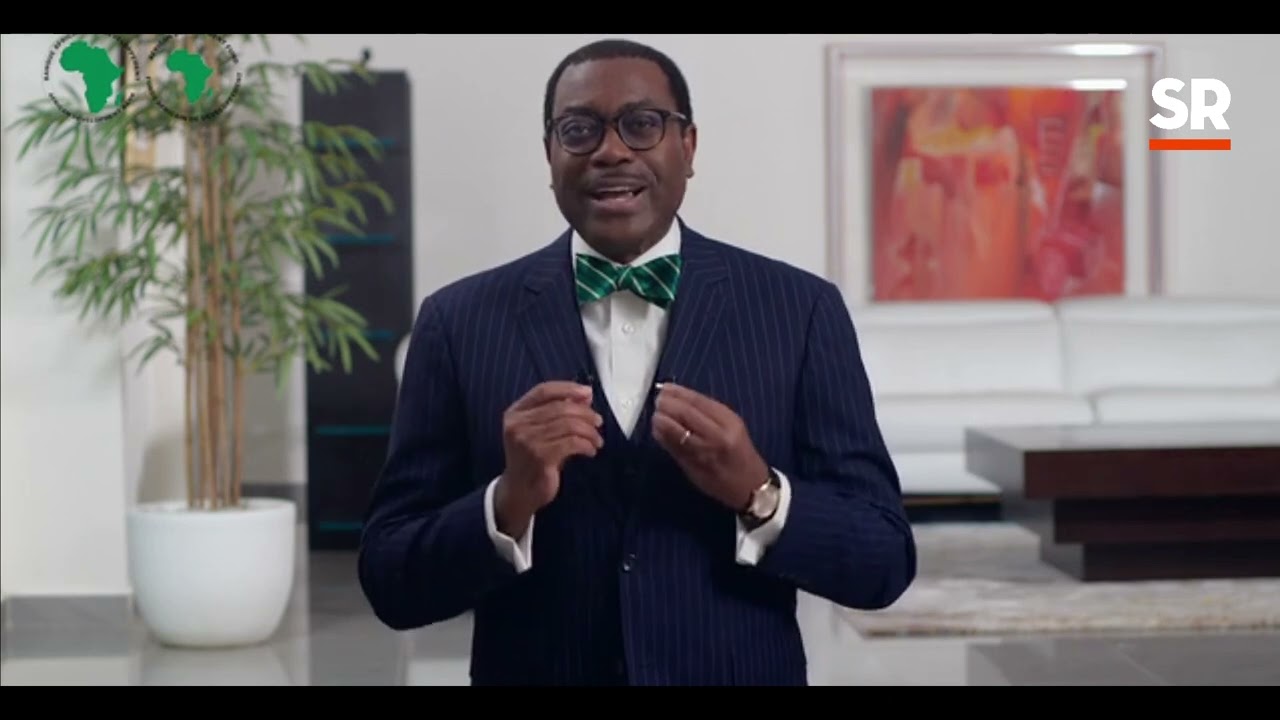 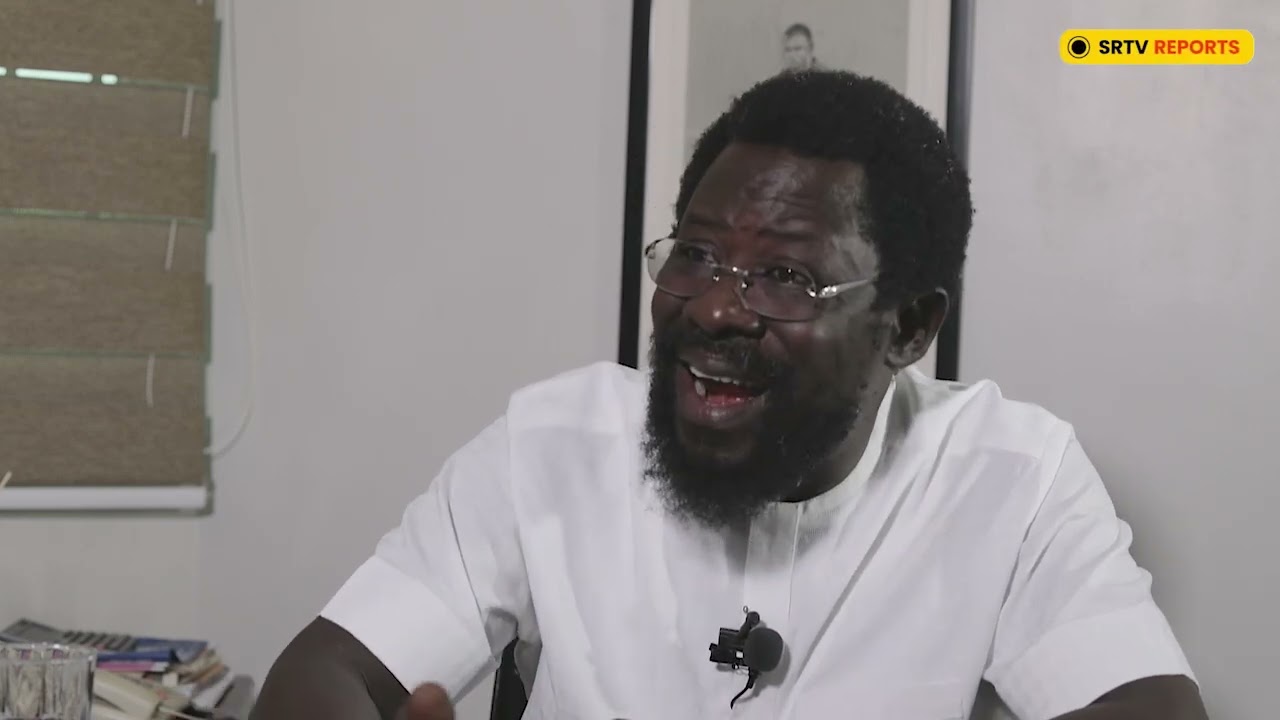 Tinubu, Atiku Are The Same; They Both Have Public Records Of Stealing - Dele Farotimi 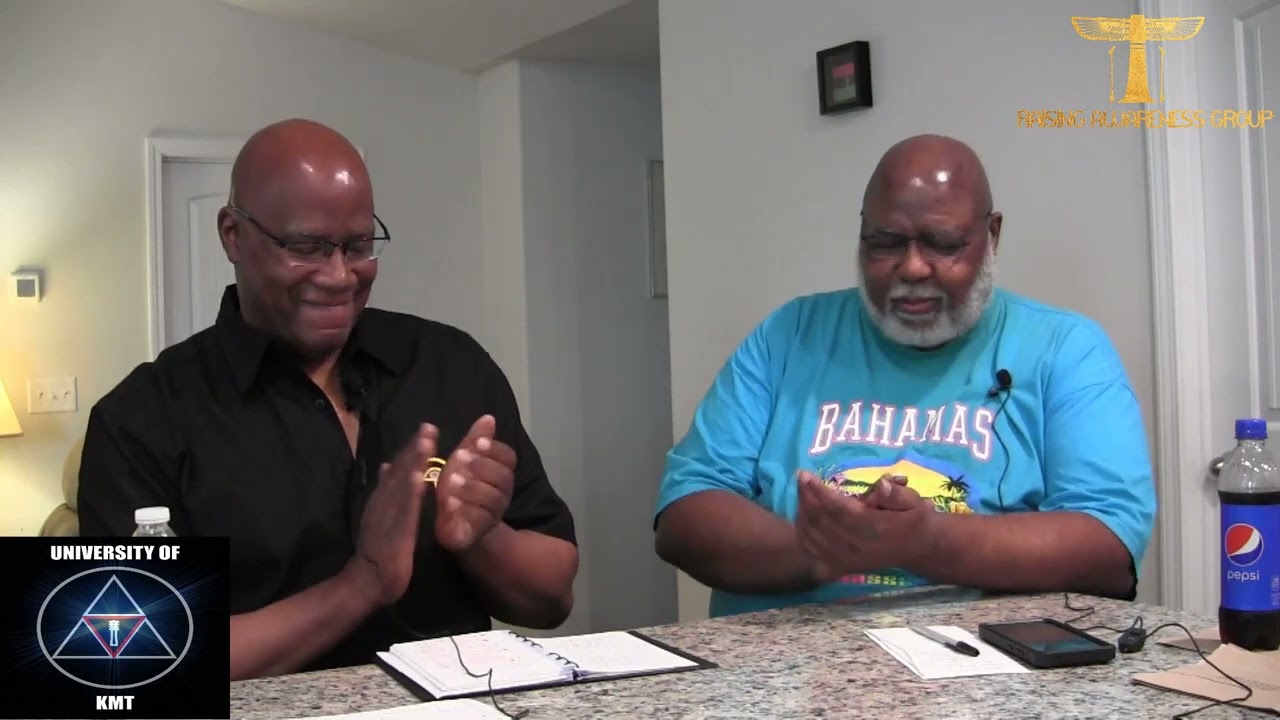 The Elders are back and discussing Leadership and the many concurrent related issues that are inherent as a result. The discourse was exciting, interesting and lively as usual for these two Babas.

Purchase "An Afrikan Centered Response to the LGBTQIA Organizations and
Their Agenda: The Conversation Nobody Wants to Have" and
"Raising Awareness - Past, Present, Future" @
Olatunji-Mwamba.MyShopify.com

"Raising Awareness - Past, Present, Future" can also be purchased
@ Amazon.com 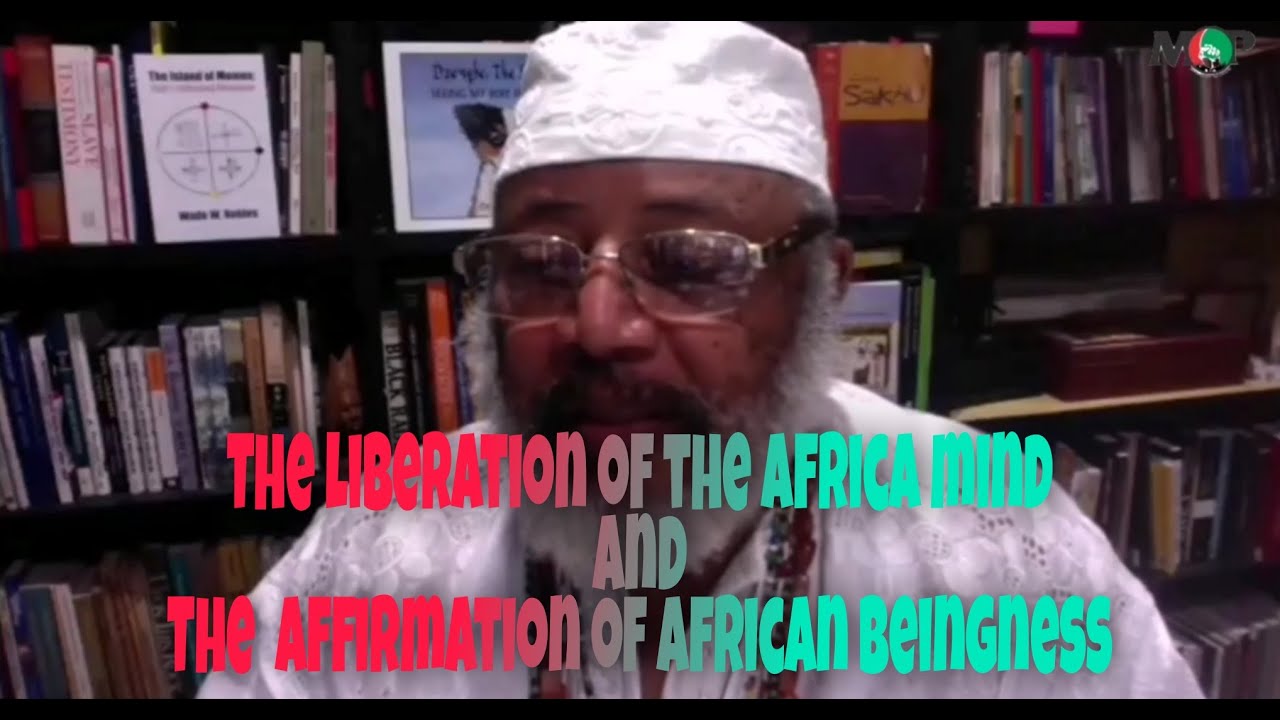 The Liberation of the African Mind with Dr. Wade Ifagbemi Sangodare Nobles

Wade W. Nobles is a Professor Emeritus in the Department of Africana Studies at San Francisco State University and notable pioneer of the African-American Psychology movement.
Nobles is the founder and executive director of the Institute for the Advanced Study of Black Family, Life and Culture, Inc. in Oakland, California, an independent organization whose sole objective is the betterment of black family life and culture. The institute performs both social work and scientific research. Nobles was a founding member of the Association of Black Psychologists, where he served as national President from 1994 to 1995. An experimental social psychologist, Nobles focuses his research on such topics as African psychology, Black self-concept, African-American family dynamics, and African-centered education, healing, and spirituality. Nobles co-leads the “Enyimnyam Project,” created with the objective of connecting diasporic Africans with Africans from the continent.
Nobles has authored over 100 articles, research reports, chapters, and books, including African Psychology: Toward its Reclamation, Reascension and Revitalization, Seeking the Sakhu: Foundational Writings in African Psychology, and The Island of Memes: Haiti’s Unfinished Revolution Island of Memes, inspired by Nobles' visit to Haiti following the 2010 earthquake, focuses on the roles of Haitian religion and class systems in its recovery from natural disaster and uses memes as cultural indicators. 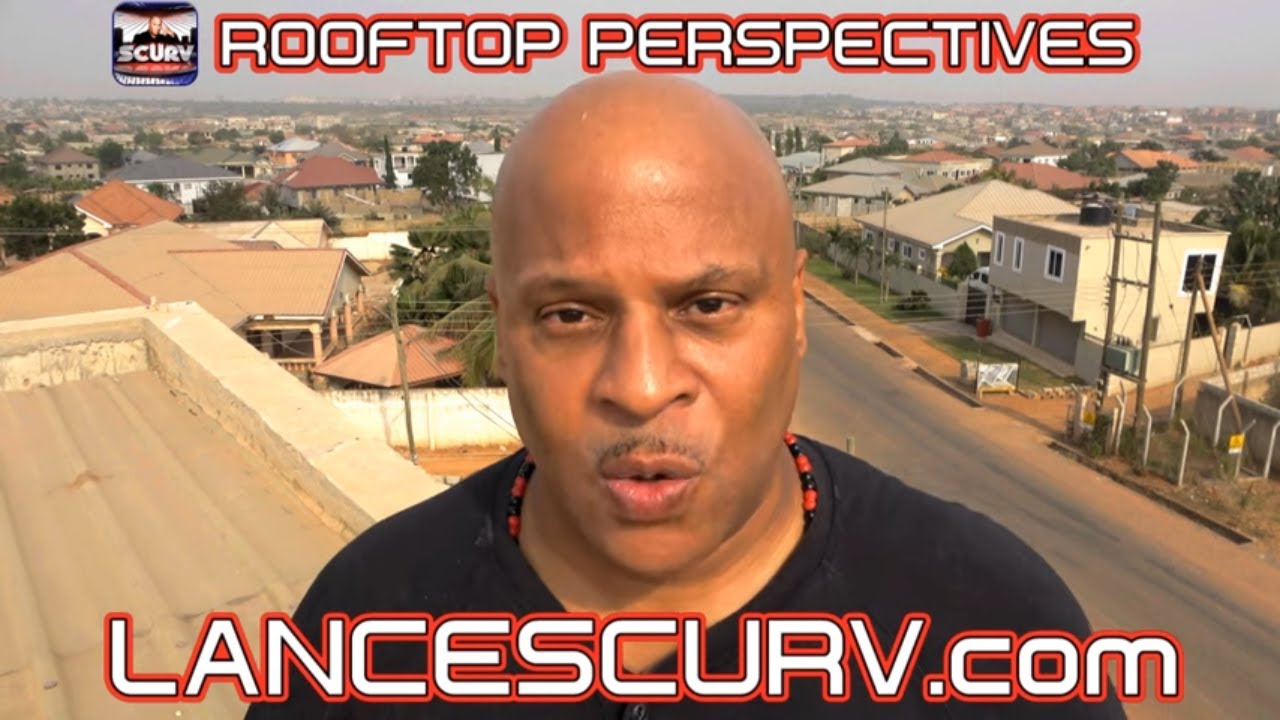 👉🏽JOIN THE LANCESCURV CHATROOM AND CONTINUE CHATTING WITH FRIENDS PUBLICLY AND PRIVATELY: https://www.lancescurv.com/chat/ 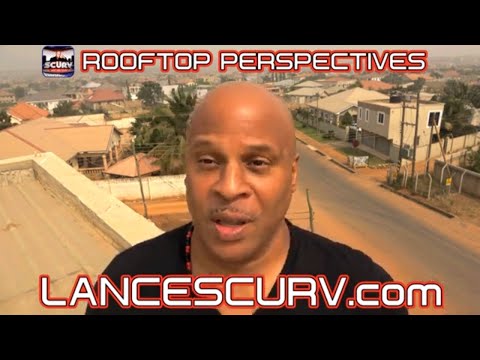 WHERE IS THE LOVE THAT WE ONCE HAD FOR ONE ANOTHER? - ROOFTOP PERSPECTIVES # 47

👉🏽JOIN THE LANCESCURV CHATROOM AND CONTINUE CHATTING WITH FRIENDS PUBLICLY AND PRIVATELY: https://www.lancescurv.com/chat/ 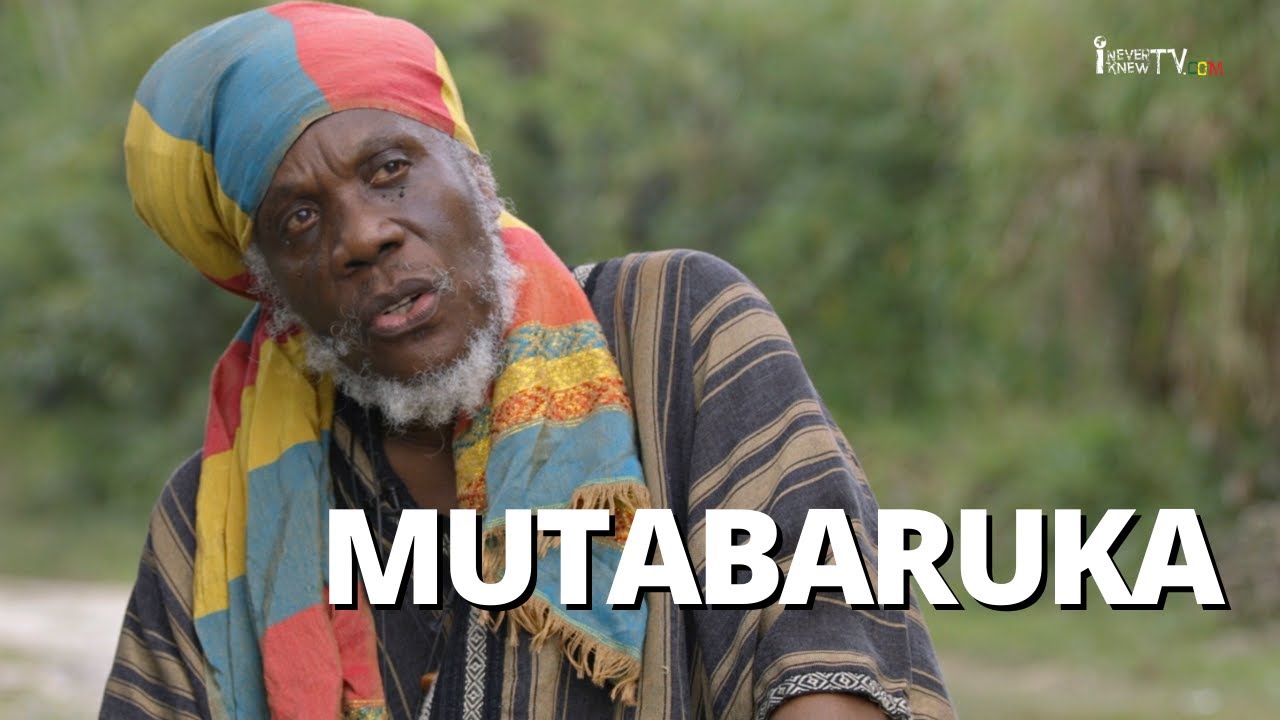 In this reasoning Rastafari dub poet, musician, actor, educator, and radio host Mutabaruka speaks reliving the horror and pains of our ancestors while acting in the movie 'Sankofa'.

Mutabaruka goes on to explain how he gained a clear understanding of the quagmire Africans were in while enslaved in the Americas.

Get Your 'Nyahbinghi Shirt' Today:
https://koncioust.com/products..../queen-muhumusa-empr 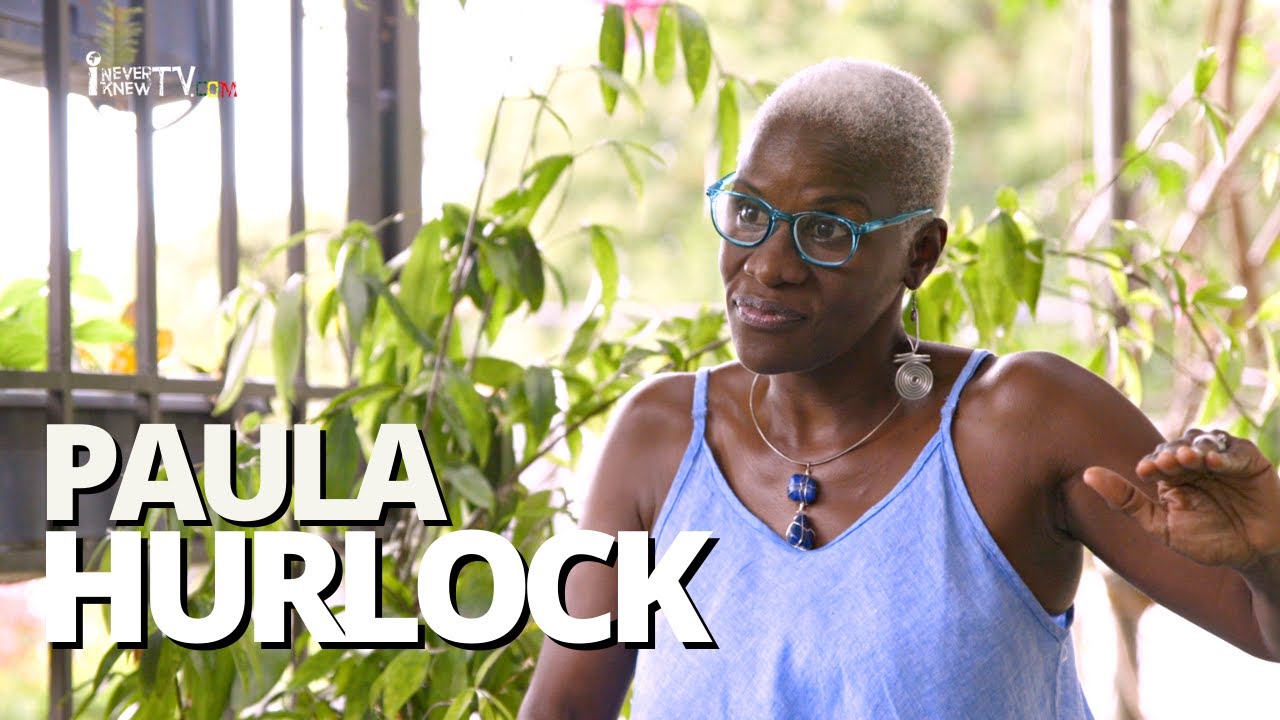 In this clip Paula Hurlock advocate and covernor of Wellness Experience Jamaica explains how meditating can strengthen ones mind, help with manifestation, and regulate mood.

Get Your Cultural Apparel Today:
https://koncioust.com 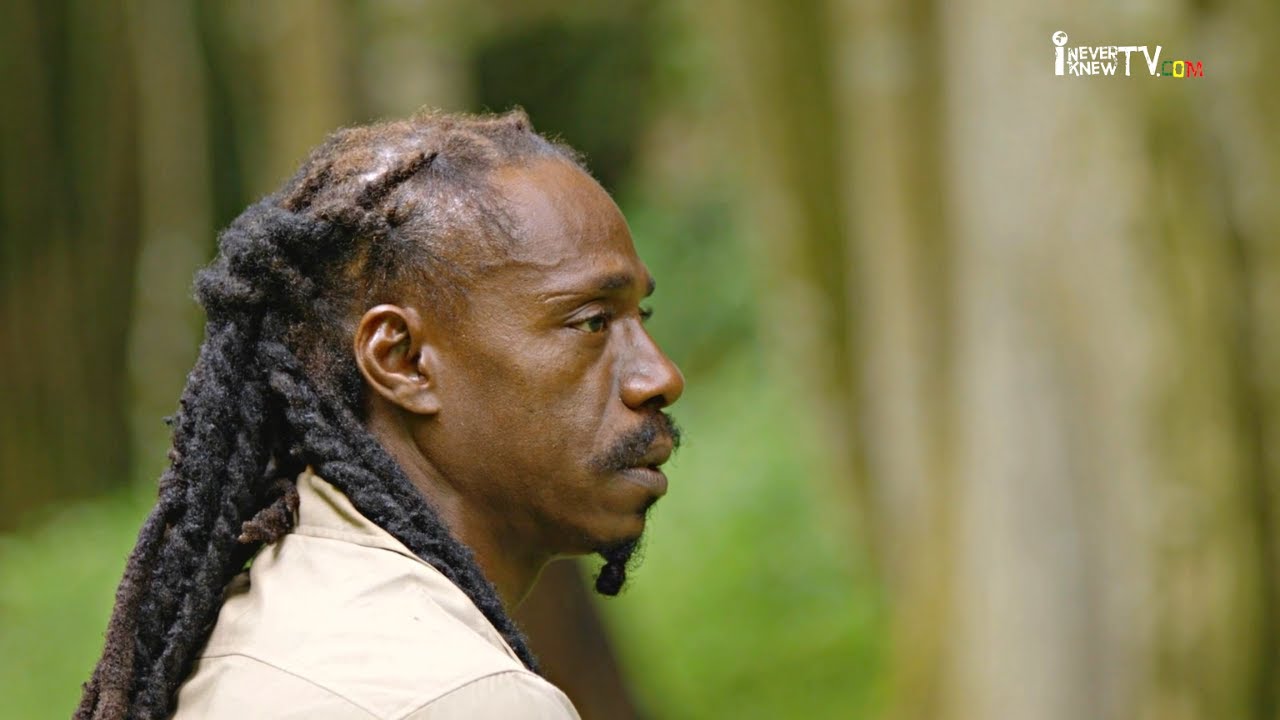 Listen powerful reasoning from Ras Stimulant speaking about importance of recreating self.

"The Ego Is Betraying You From Being Your Genuine Self" Ras Stimulant
https://youtu.be/wv5fBamP3Vo

Get Your Cultural Apparel Today:
https://koncioust.com 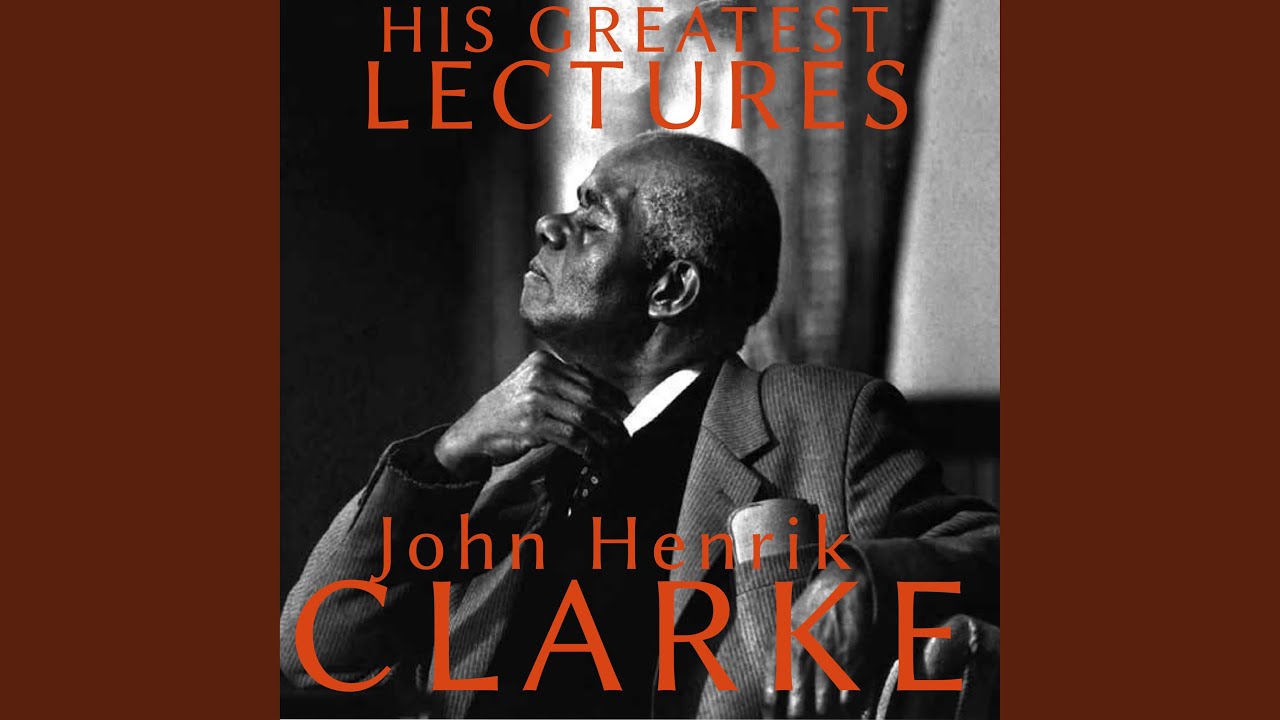