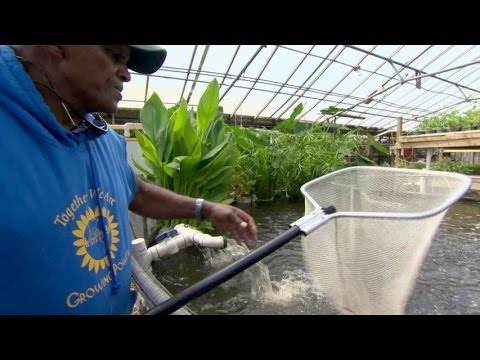 At the city farm called Growing Power, MacArthur Genius Will Allen shows how he successfully raises crops, even fish, to feed thousands on a small patch of ground in urban Milwaukee. Allen is pioneering the field of aquaponics, raising fish along with edible plants like watercress and basil in a symbiotic system. The fish waste fertilizes the plants while the plants restore oxygen to the water.

Learn more about this video from QUEST: http://ow.ly/pLurY 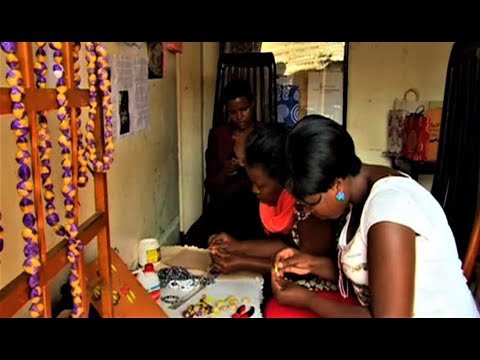 Afri Banana Products (U) Ltd is an agribusiness innovation incubator for banana sector value-chain development. The incubator aims at up-scaling innovations to improve entrepreneurial skills, marketing value chains with emphasis on capacity building for increased production, development of Small and Medium Enterprises (SME’s), training in entrepreneurship and agribusiness at B.Sc. and M.Sc. levels, linking of research innovations to agri-business, and marketing of banana and its value added products. 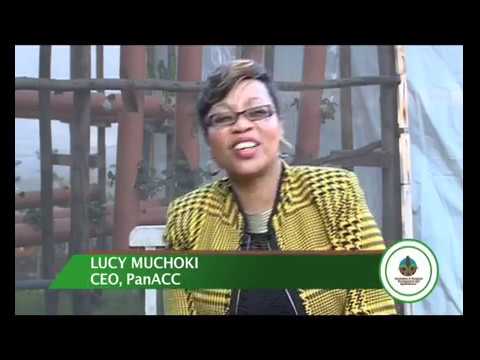 Exploring the Sorghum Value Chain in Kenya under UniBrain. 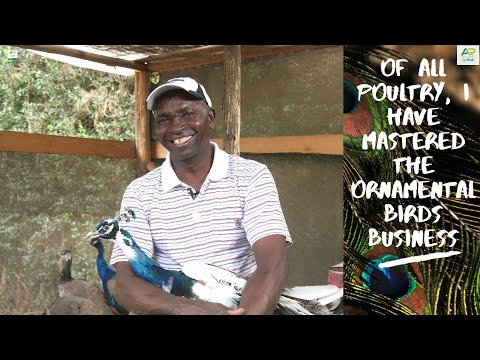 I have always wondered how the female birds feel about their partners... I feel like the females need to do more work to impress their males! the color of their feathers, the layering, majestic strides!! Like darn boy!!!! But anyway, I guess they enjoy the spectacle from their feathers as the male work really hard for the not too pretty looking chics to "fall" for their mating dances ...with some resembling seizures! OK.. Well, that's that. This week, meet Phineas, an ornamental bird agri-preneur. Remember to like share and subscribe too. 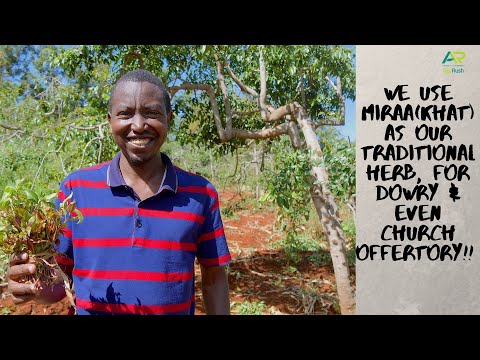 Meet Martin, the kind of guy all miraa enthusiast dream to have as a bff. He says it's a cash crop like any other, but even better because, with proper care the tree can be productive for over 50yrs.
To get your bundle of joy, reach out to Martin via: +254 723 857 528 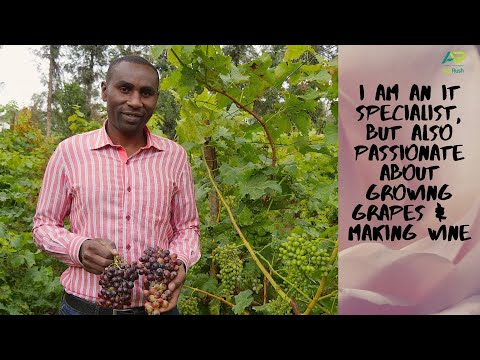 Meet Obadiah, I think he is following in the teachings, where water was turned into wine, but this time from the ground up growing grapes with a vision to handhold smallholder farmers to be able to produce grapes for wine making.. See, I wasn't late for the Friday gospel.. I was right on time. Remember to subscribe, as you usher in.. #TheWeekend!
For cuttings and farm set up. get in touch with Obadiah via:+254 722 972 162 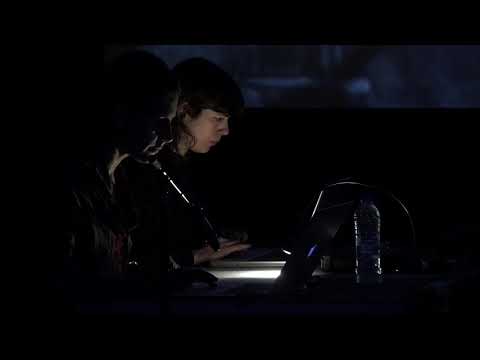 A reading of Amílcar Cabral’s agronomic writings exposes substrata of a syntax for liberation later performed in guerrilla language and the struggle against Portuguese colonialism in Guinea-Bissau and Cape Verde. This visual and sonic reading explores the definitions of soil and erosion that Cabral developed as an agronomist, as well as his reports on colonial land exploitation and analysis of the trade economy, to unearth his double agency as a state soil scientist and as a ‘seeder’ of African liberation. Cabral understood agronomy not merely as a discipline combining geology, soil science, agriculture, biology and economics but as a means to gain materialist and situated knowledge about peoples’ lived conditions under colonialism. The scientific data he generated during his work as an agronomist, along with his poetry, were critical to his theoretical arguments in which he denounced the injustices perpetrated on colonised land, and it later informed his warfare strategies.
Cabral used his role as an agronomist for the Portuguese colonial government subversively to further anti-colonial struggle. Cabral’s process of decolonisation was understood as a project of soil reclamation and national reconstruction in the postcolony. His agency as an agronaut ventures through soil cosmologies, mesologies, meteorisations, ‘atmos-lithos’ conflict zones, celluloid compost, violence of imperial consumption — the sugar question. Humble derives from Humus.

This iteration of the lecture has been commissioned by Sonic Acts as a part of Re-Imagine Europe, co-funded by the Creative Europe programme of the European Union.

Filipa César is an artist and filmmaker interested in the porous boundaries between the moving image and its reception, the fictional dimensions of the documentary and the economies, politics and poetics inherent to cinema praxis. Characterised by rigorous structural and lyrical elements, her multiform meditations often focus on Portuguese colonialism and the liberation of Guinea-Bissau in the 1960s and 1970s. This research developed into the collective project Luta ca caba inda (The Struggle Is Not Yet Over). She gained an MA Art in Context at the University of Arts, Berlin. Selected exhibitions and screenings include at the São Paulo Biennial, Manifesta 8, Cartagena, and the Contour 8 Biennial in Mechelen, Belgium, and Gasworks, London. Festival screenings include the Kurzfilmtage Oberhausen, Curtas Vila do Conde, Forum Expanded at the Berlinale and the International Film Festival Rotterdam.

Jin Mustafa is a Stockholm-based visual artist, DJ and electronic music producer. Her work shifts between media, often taking the form of moving images, objects, sound and music. She is interested in the relationship between technology, imaginary spaces and questions of personal and collective memory. Recent exhibitions include I’m fine, on my way home now at Mossutställningar, Stockholm (2017); Ripple at Alta Art Space in collaboration with Signal, Malmö; If she wanted I would have been there once, twice or again at Zeller Van Almsick Gallery, Vienna; and a collaborative work with Natália Rebelo for Chart Emerging at Kunsthal Charlottenborg, Copenhagen (2018). 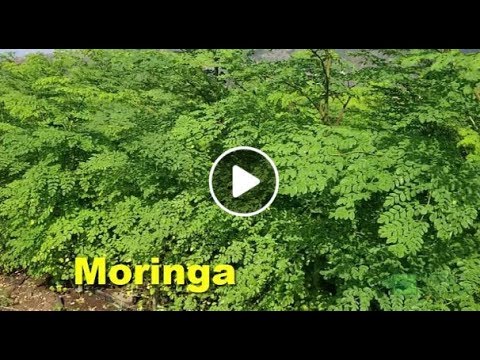 How To Grow Moringa Step By Step - Kenya

The benefits of Moringa plant are well known and are many. Alot of research work has also been done on Moringa plant. I recently visited a Moringa plantation and this video is as a part of the discussions I had with the gentlemen growing Moringa. In this video, learn the steps you need to take in order to start growing moringa. The gentleman has been eating moringa most of his life and you will be surprised at how great he looks his age (guess his age?)
The video is a small part of our new course on "Growing Moringa Step By Step) valued at $97 but you will get for FREE when you register For the "Growing Food In Kenya and Marketing It" Workshop
Register for the workshop here
http://homegardeningsupportnet....work.com/growing-foo 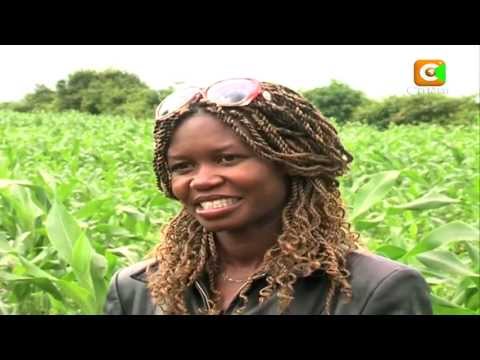 Cultural beliefs in some communities have always been a barrier especially when it comes to the issue of women owning land specifically through inheritance which hampers their capacity to be economically active. However, this has not been a hinderance for Martha Otieno from Homabay County who is reaping big from farming by working around that CULTURAL norm to acquire land of her own. But how is it possible for a woman in her twenties and from a community not known for farming earn so much millions in a short period and more so through agriculture? 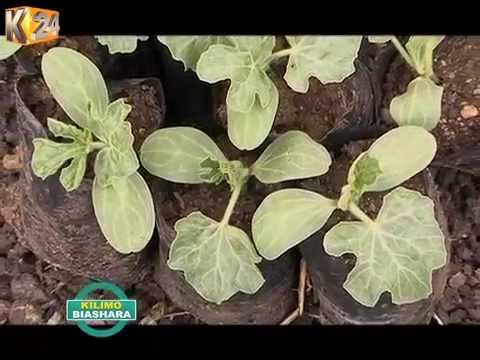