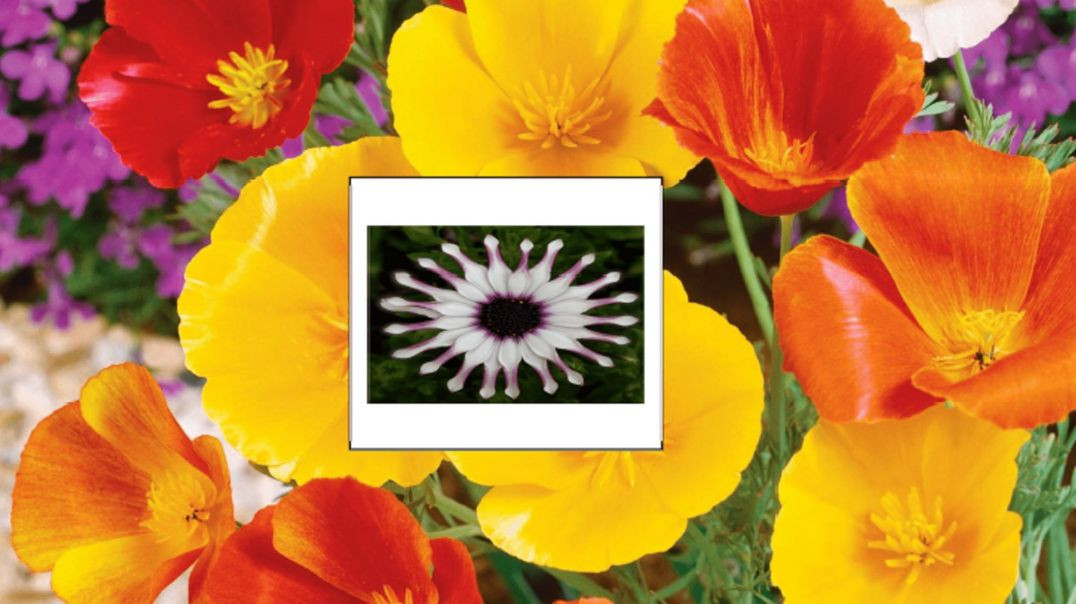 THE ILLUSORY NATURE OF EVIL

⁣Divine science, as exact science, teaches us that just as the east-west movement of the sun is an illusion, evil is actually a lie. Evil is an illusion of the bodily senses. Understanding this selling allows us to overcome evil through spiritual means, through prayer. 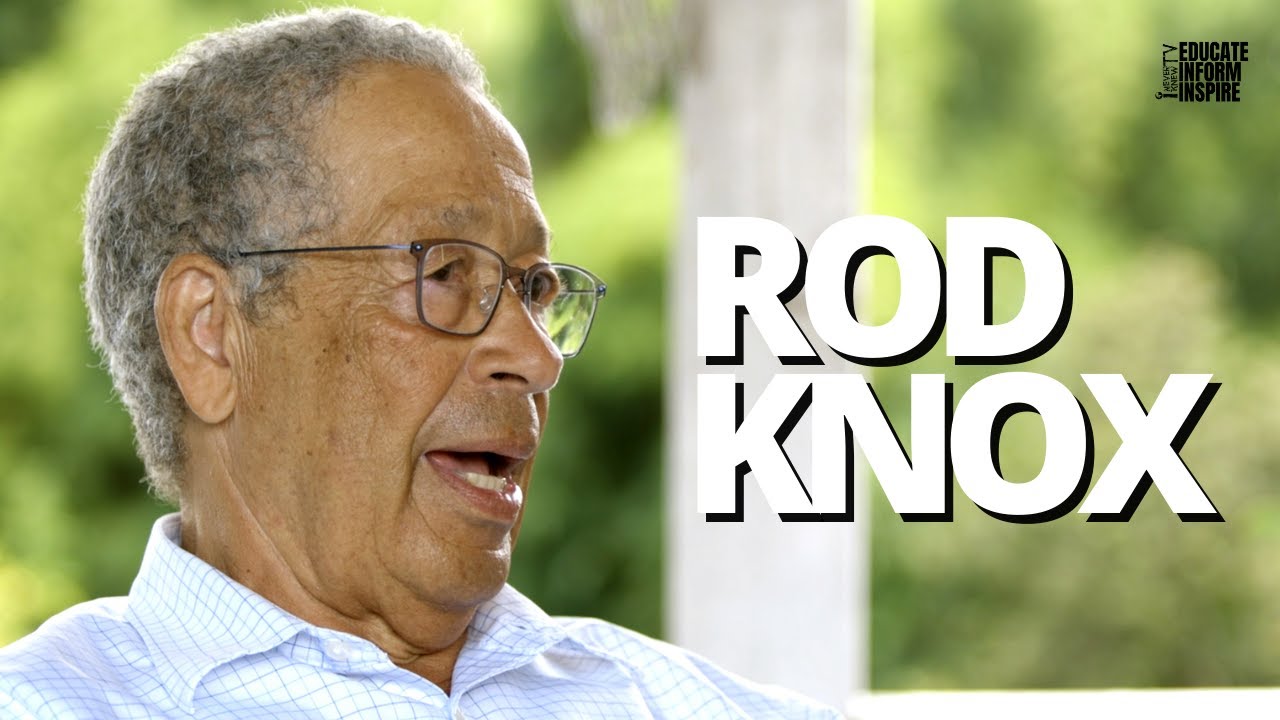 Rod Knox Says, "Religions Are Just Another Political Party You're Not Allowed To Criticize

➡ Sign Up Today To Join The 'I Never Knew Tv' Movement:https://ineverknewtv.com/sign-up/In this reasoning, legendary architect and educator Rod Knox shares his views about organized religions.Knox goes on to speak you the historical connection between religions and architecture.Knox also share subliminal message that can be found in gothic cathedrals.For information of Rod's current projects in Jamaica visit:➡ https://www.jamboo.site➡ Get Your 'Nyahbinghi Shirt' Today:https://koncioust.com/products..../queen-muhumusa-empr Listen To The 'Generation Gap Riddim':🔥🇬🇳 https://ingrv.es/generation-gap-riddi-3qn-i 🇬🇳🔥➡ Tune into 'I NEVER KNEW 📻'🇲🇱Roots, Rock, Reggae Music🇲🇱Hosted By : Jr of 'I Never Knew Tv'https://www.WLOY.orgSunday 9 -11 AM ESTWednesday 8- 10 AM ESTThursday 10- Noon AM EST#rodknox #religion 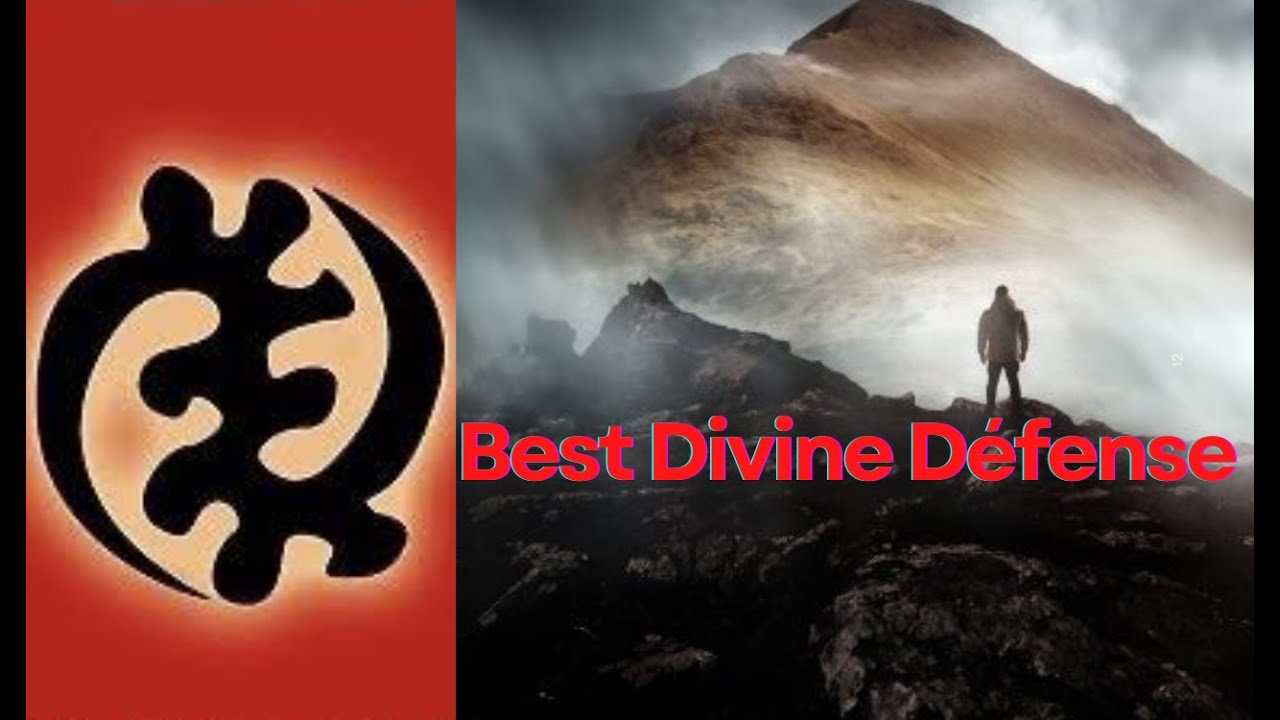 #reptilia #defence #divine #spirit #afrika #ashe #chinese
What stops demons, evil spirits, devils,’ archons, reptilians, chitauris openly attack kidnap kill or cause outright open warfare and mayhem?
Why do they do everything in codes, hide and seek? Play in the shadows?
Looks like they have to use physical forces in humans or Nature to destabilize humans why?
It is clear they use some humans to do their dirty work. Why?
All This has NEVER been explained.
If you have answers or sources of relevant information answering these questions, please leave the links in the description. What you will find in the majority of searches are scattered explanations though great and explosive with outright exposure they still are not easy to apply in life...
In ancient Africa religion, the concept of the divine spark, or ba and ka, represented the individual's spiritual essence and their potential for attaining a higher state of consciousness. According to this belief, each person was born with a spark of divine energy that was a part of the universal life force, but this spark has to be awakened and cultivated in order to reach its full potential. But there is more.
For example, in the Yoruba religion of Nigeria, the concept of "Ase" refers to the divine life force or power that animates all living things.
In the Akan religion of Ghana, the concept of "Sunsum" refers to the individual's spiritual essence or soul that is believed to have been created by the supreme being
, the divine spark is understood as an innate aspect of a person's being that is present from birth.
Ancestors mashavi- compliment DS
Moea/Mweya/
Chi is a person’s spirit. It is a personal life force or, a person's providence, or a portioned-out life principle.
Chukwu created the world, then he put the creative spirit in the man known as his Chi to decide the course of his life.
Chinua Achebe writes, "A man does not only have his own chi but is created by it and no two people, not even blood brothers, it seems, are created by the same chi."
But how do You know you have connected with or have awakened the divine and your life is now accessing deeper aspects of the self, an enlightened Hueman can experience? Even if you think you have greater inner peace, understanding, and fulfillment what guarantees must give certitude of success? The answer is found in the practice taught in this video/. WATCTCH IT and Share It.
Leave a comment and SUBSCRIBE if it’s your first time.
GET in touch with us on this
email. join@maarifado.com
References
http://www.sofiatopia.org/maat..../hidden_chamber03.ht 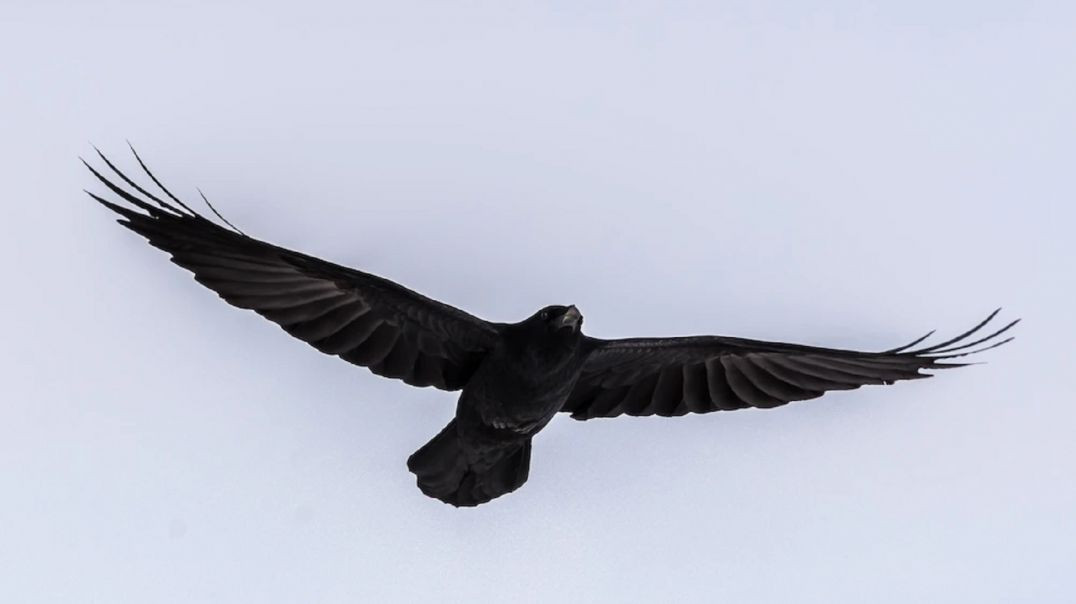 what is african traditional spirituality

Thus African traditional spirituality is our ability to transcend the limitations imposed on us by the physical body. This mastery is obtained permanently in the divine thanks to the purification of thoughts and is obtained in the human thanks to the observance of rituals.

In the divine African spirituality is the awakening of our divine nature, the Logos through the assistance of holy ancestors, while in the human it is gained through the succor of the illuminated ancestors.

More on this subject can be found in my books available at Amazon. 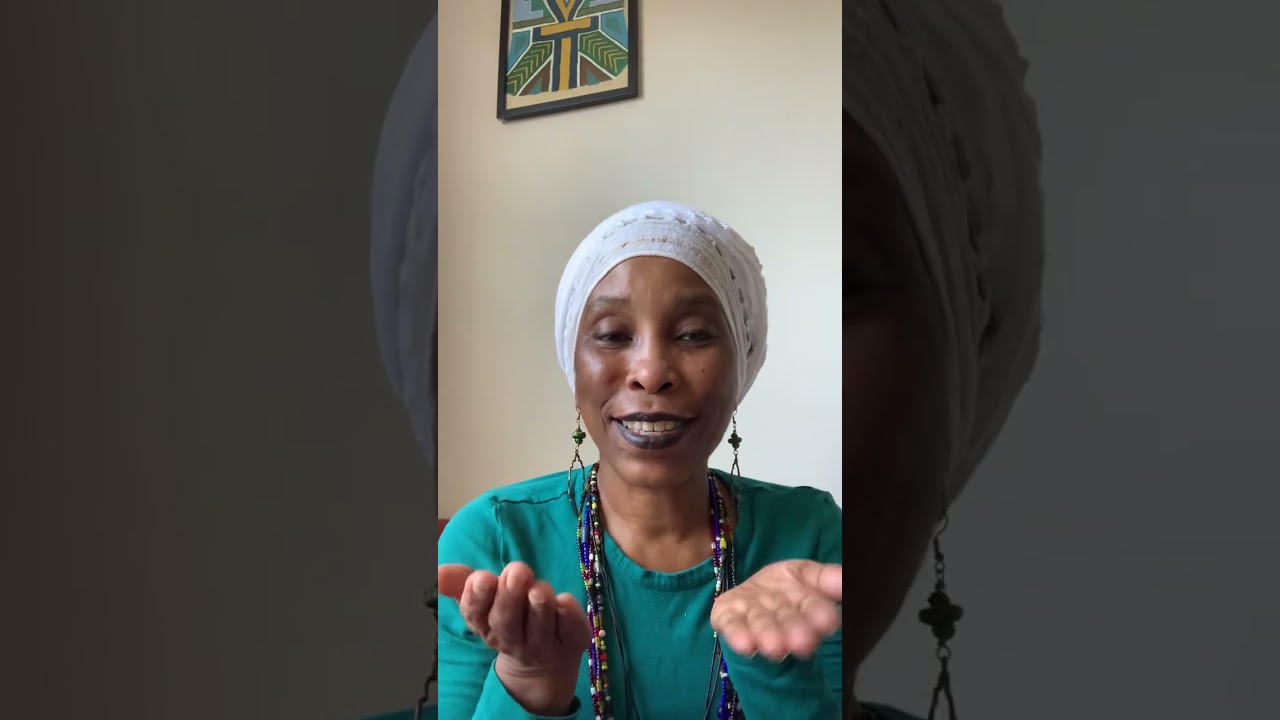 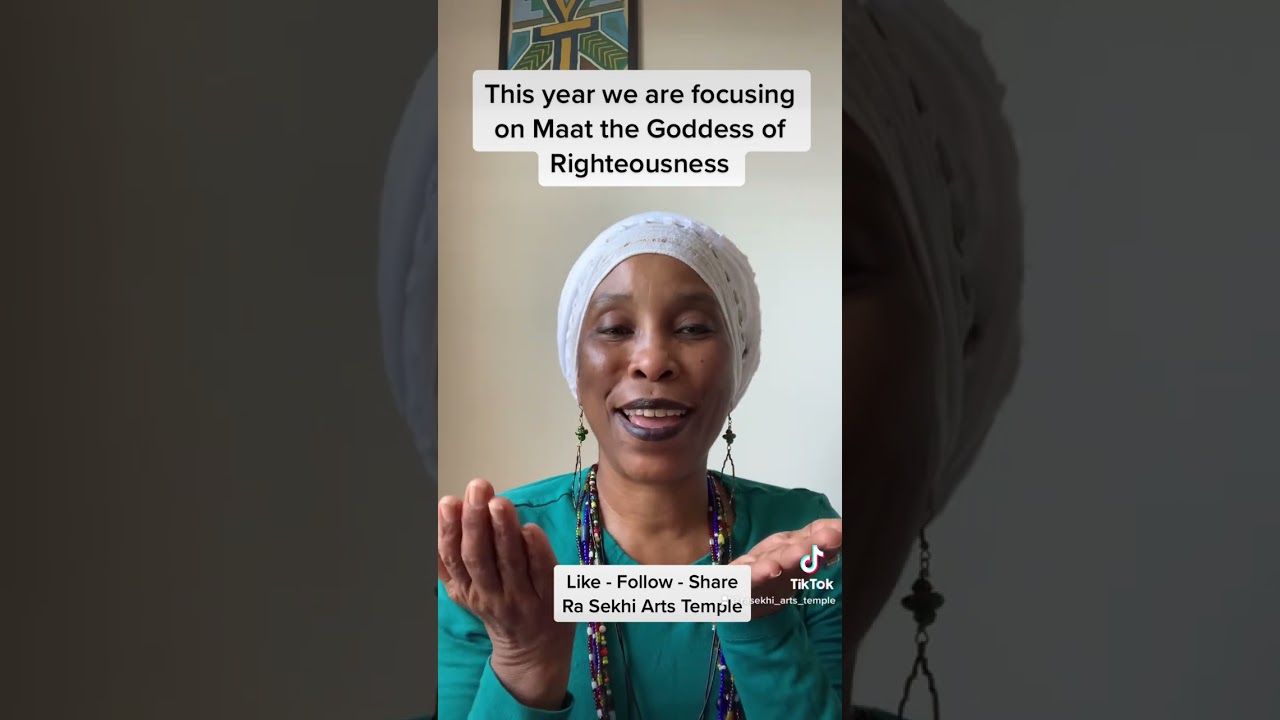 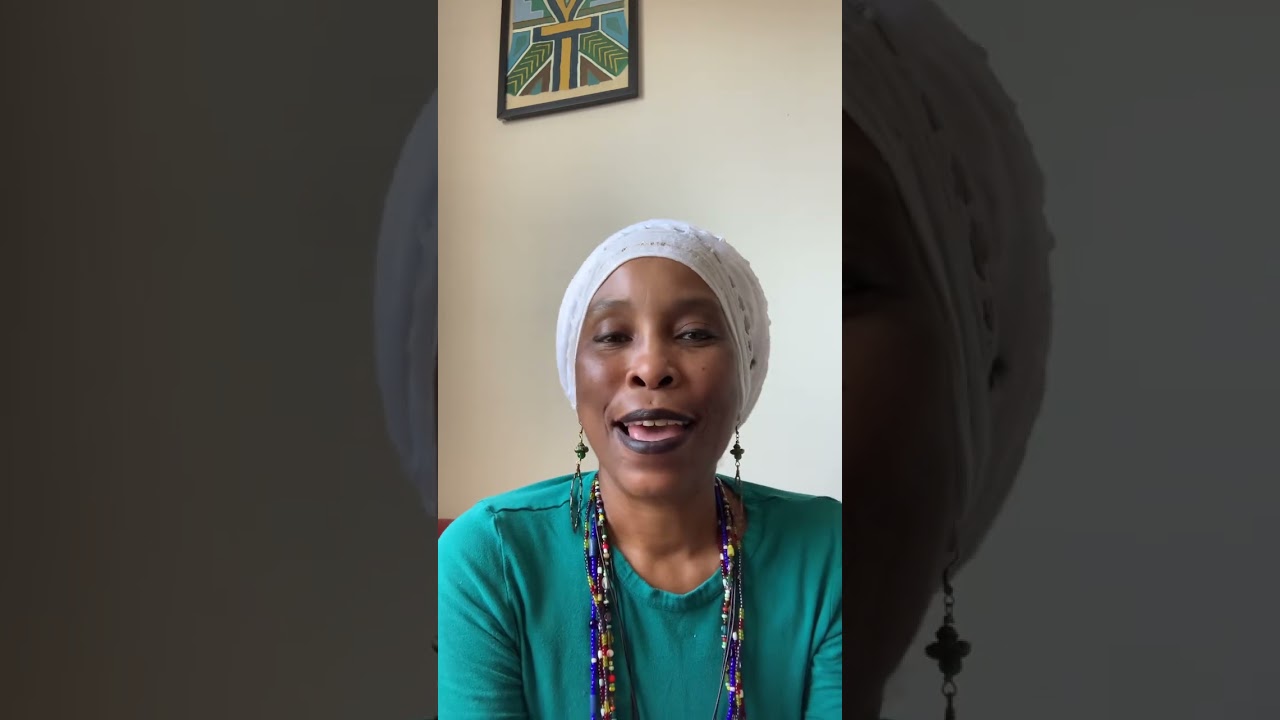 Balance is an Attribute of Maat

⁣Balance is an Attribute of Maat 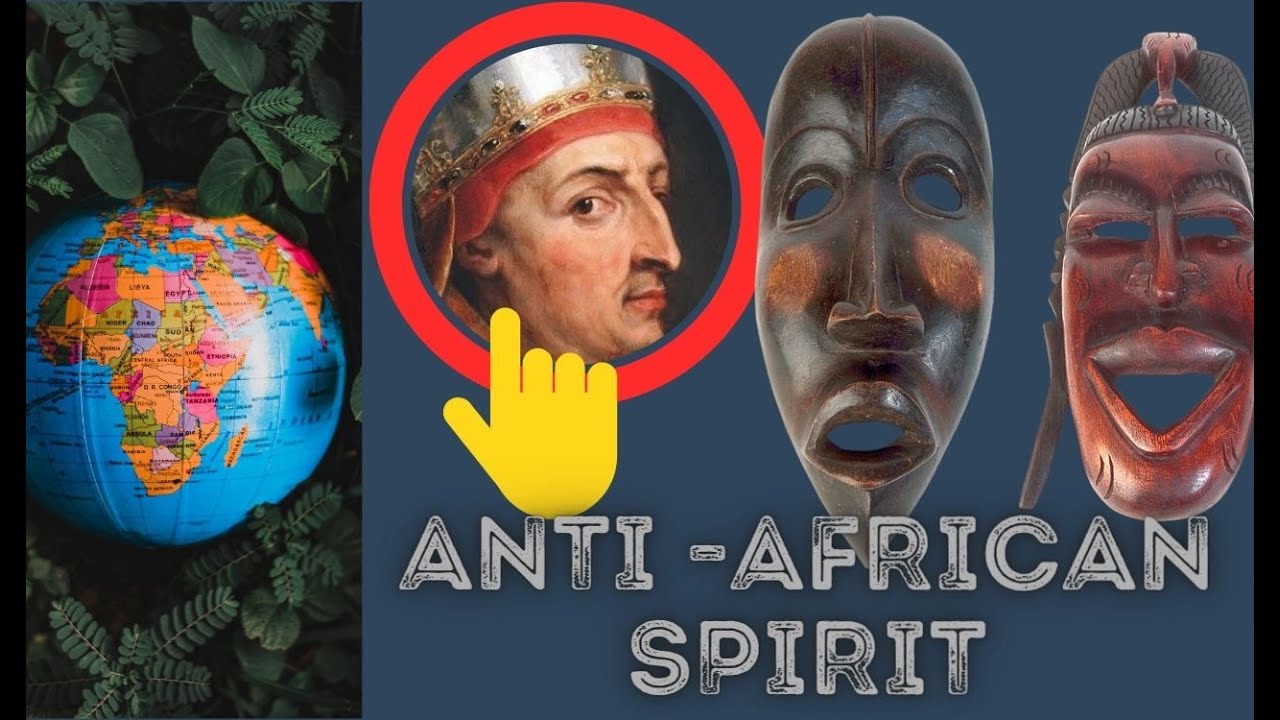 #afrika #spirit #islam #christianity #africanspirituality #operationdudula
An Anti-African spirit will control your thinking to belong to a Group, groups or self-delusion that eventually DESTROY YOUR African Spirit. You ask Can thoughts change the course of events and change our reality? It is possible to get a different reality from what we are, if we start to change the way we think. If you follow Groups that causes You to nurse dominating thoughts that hate your natural given race-based culture, religion and spirituality you have an anti-African mentality. Which groups? They include among many…Political parties, Religious Groups, Economic ideologies like capitalism all give false Hope and champion foreign ideologies…they are anti-AFRIKan
Religious Groups like-Catholics, Christianity, Islamic groups, even the Nation of Islam are not promoting a purely African Spirituality. We include Hebrew Israelite religion, Majority of Thinkers, Modern Educators and many other groups. Beware of gurus like…. Sadhguru. If You do not reverence your righteous ancestors and call upon the Divinities You are operating under the possession of an anti Afrikan spirit. You are a disgrace to yourself, to nature, righteous ancestors and Divinities. We need to exorcize this anti-African spirit daily. HOW? By knowing that African spirituality refers to the religious and philosophical beliefs and practices of the African people. It is a unique and diverse system of beliefs that is rooted in African history, religion, and culture. The practice of African spirituality encompasses various aspects of life, including birth, death, and the afterlife. It is an integral part of the African heritage and has a profound impact on the African continent and its people. One of the most significant aspects of African spirituality is the concept of the color bar. This term refers to the segregationist policies that were implemented by anti-African groups during apartheid in South Africa. These policies aimed to restrict the movements and rights of African people, and they had a profound impact on the development of African spirituality. Despite the efforts of these anti-African groups, African spirituality has managed to endure and flourish, and it continues to be an important part of the African heritage.
African spirituality is also deeply connected to the African history of slavery and the slave trade. The slave trade was one of the most brutal and inhumane practices in human history, and it had a profound impact on the African people. Despite the efforts of slave traders to suppress African spirituality, the African people were able to maintain their cultural and spiritual traditions through their music, art, and other forms of expression. African spirituality is characterized by its focus on the spirit and the connection between the individual and the divine. The concept of the holy spirit is central to African spirituality, and it is believed that the spirit is present in all things, including nature, animals, and people. This belief is reflected in the traditional African spiritual practices, which focus on connecting with the spirit and seeking guidance from the divine.
One of the key aspects of African spirituality is the concept of night spirit, which is believed to be the time when the spirits of the dead are able to communicate with the living. African spirituality also places a strong emphasis on the importance of ancestors and their role in guiding and protecting the living. This belief is reflected in the traditional African spiritual practices, which often involve communing with the ancestors and seeking their guidance.
Whether you are an African or someone interested in learning about African spirituality, exploring this rich cultural tradition is a rewarding and enlightening experience. It is the major goal of this post.
You must Know the impact of belonging to any Group. This is the first and primary antidote. There is a deadly anti-African Spirit that may end up destroying billions of Africans on earth. You can block it and develop POWER and wisdom in your Soul. Amen!
Share, Comment and Subscribe
References
Link to the Book Before the God Fiction Took Over The Earth..
https://www.amazon.com/Before-....God-Fiction-took-Ear
https://medium.com/illuminatio....n-curated/how-pope-n
The God fiction Book Link-
https://www.amazon.com/Before-....God-Fiction-took-Ear.
[PDF] The Reconstruction of African Consciousness of Reality: A Case of Wanyiha Community. | Semantic Scholar 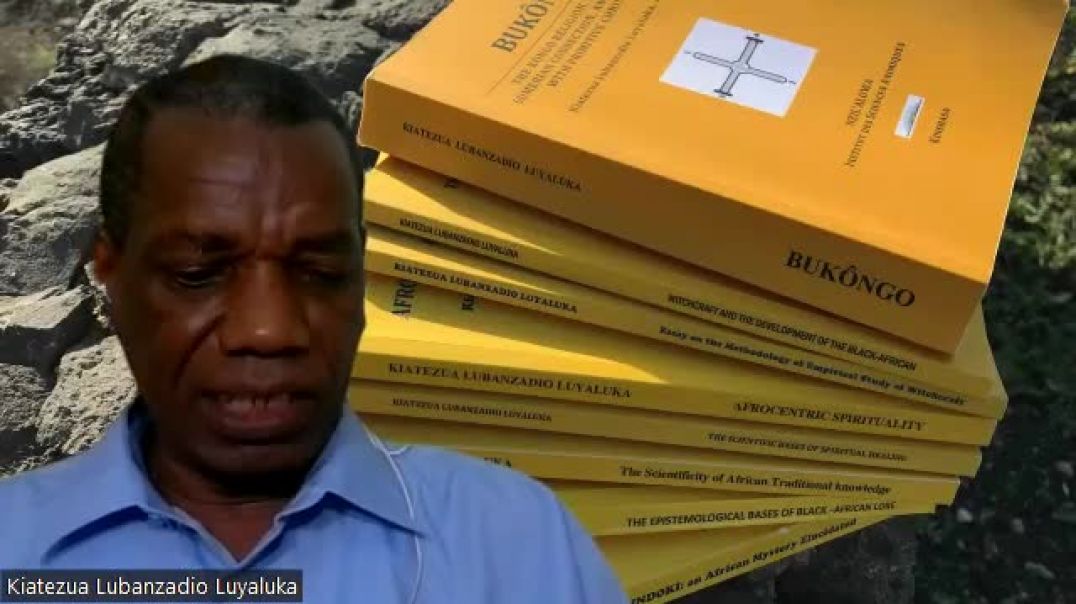 THE MASTER THEY TOOK FOR JESUS

⁣This video discusses the existence of a true master whose life and works
were used to predicate the biblical accounts of Jesus. It obvious the name of
that master was not Jesus. This existence is proven by the use this master and
his disciples made of divine scientific truths in the context of the Hebrews. Now,
these truths are part of an exact science unknown of the Whites. This nature of
our religion is proven thanks to the kemetic cosmological argument. Not knowing
this truth, the Whites people could not be the authors of its contextualization.
This master could not be Osiris, since this one is not a human being, but the
divine nature of you and me. He could not also be Horus, since this is the
temporal manifestation of the Logos in each one of us. That master was teaching
the scientific truth bequeathed to us by our ancestors. A truth we have the
right to claim while rejecting the cultural attached to it. 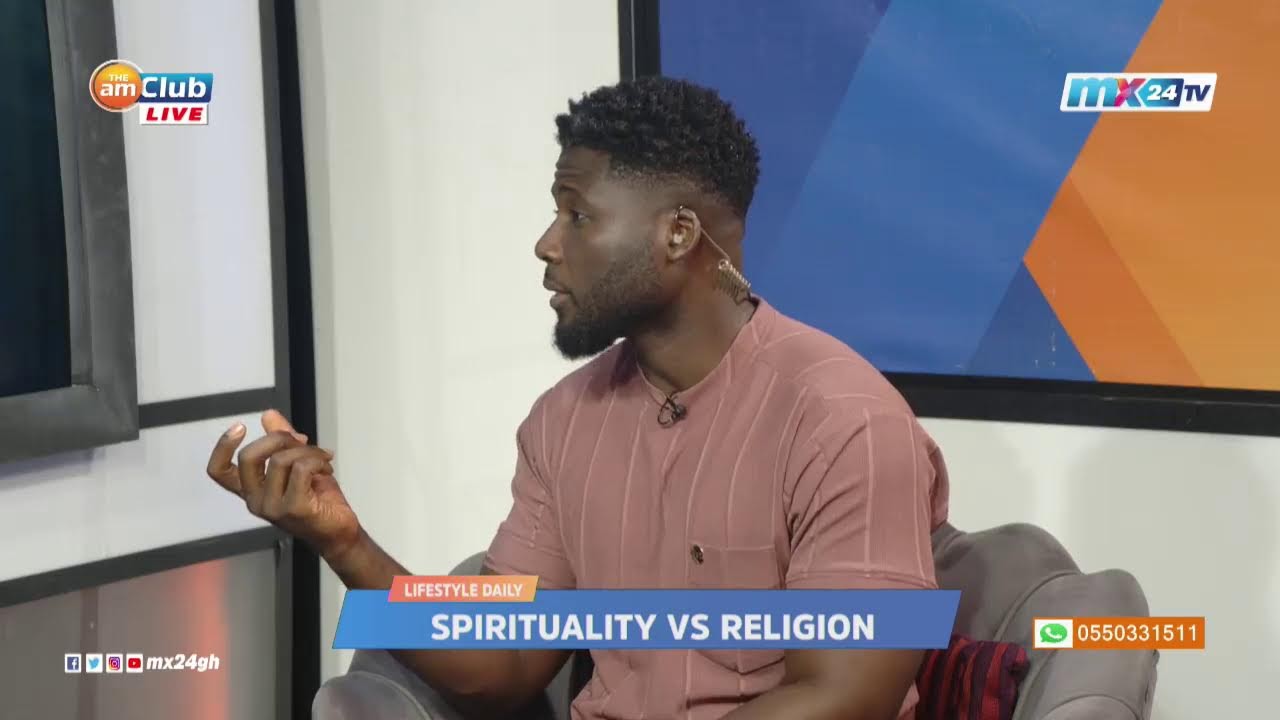 THE AM CLUB: Spirituality vs Religion with Ɔbenfo Ọbádélé Kambon

#mx24gh #funfearlessfactual #theamclub Copyright Disclaimer: Under Section 107 of the US Copyright Act 1976, allowance is made for fair use for purposes such as criticism, comment, news reporting, teaching, scholarship, and research.And the Ghana Copyright Act, 2005 (Act 690), the use of a literary or artistic work either in the original language or in translation shall not be an infringement of the right of the author as the room is made for the purposes of fair practice.With the exception of live interviews, we do not own the right to audios and videos in this live stream. They are being used for promotional purposes.Credit: BBC, CNN, YouTube, Facebook, Instagram, FIFA, Sony, Empire